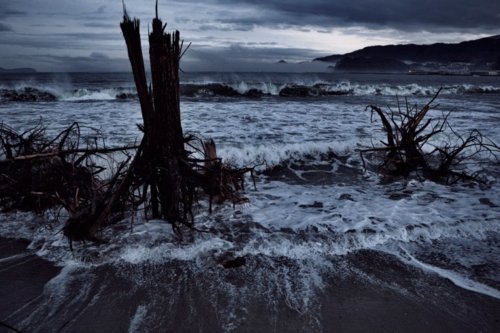 Former Antiterrorist Unit chief D. Horianopoulos finally made an appearance after multiple requests to subpoena him. Despite being the one who set up—at least on an operational level—the Halandri arrests, he now tried to pass himself off as a simple “office worker” who signed warrants from his desk and was only in the loop thanks to other Antiterrorist officers. Using the tactic of “I know, saw, and heard nothing,” he said there was no surveillance or pursuit until September 20, 2009—three days before the raid on Haris Hatzimichelakis’ apartment in Halandri—and that the only information assisting the Police in targeting said apartment came from an anonymous telephone call.

Comrades Christos Tsakalos and Michalis Nikolopoulos insistently and repeatedly asked Horianopoulos how that could possibly be true, given that certain articles to the contrary had appeared in the bourgeois press long before that date. Already in August 2009, reporters known for their good relationships with the Police were making reference to the surveillance of people—during vacation on the island of Icaria, for example—who were later charged with membership in the Fire Cells Conspiracy. And Tsakalos was specifically being mentioned by the press as “someone related to several neoterrorist groups” since at least February 2009, when Revolutionary Struggle parked a car bomb containing 50 kilograms of ammonium nitrate/fuel oil mixture (which ultimately didn’t explode) in front of Citibank’s main headquarters in Kifissia. The press insinuated Tsakalos’ “guilt” because the apartment he was living in at the time was just across the street from the attempted bombing.

In September 2009, Horianopoulos was the first to insist that Hatzimichelakis’ apartment was “a Fire Cells Conspiracy safe house,” yet he now admitted that it was simply an apartment and the only notable thing that went on there was a party. Also, many points of his testimony were somewhat contrary to those of his four lackeys—the Antiterrorist Unit police who were watching the apartment and who testified at the trial some weeks ago. The only suspicious thing those four saw in the garbage bags found near Hatzimichelakis’ apartment was some cabling. However, at that time Horianopoulos also took note of “gloves, work coveralls, masks, watch parts, etc.” Now, under examination by defense attorneys Frangiskos Ragousis, Ifigenia Karandrea, and C. Sipsas, and also obligated to answer Tsakalos’ and Nikolopoulos’ questions, Horianopoulos tried to portray himself as a victim who knows nothing, even to the point of recanting his own prior testimony. The defense requested to subpoena his four subordinates once again, but the judges rejected the request, saying that Horianopoulos’ testimony “clarified things.” Karandrea reminded the prosecutor that it was he himself who initially accepted the petition to examine all the police witnesses and their chief, but the prosecutor repeated that such a measure was “no longer necessary.” The strange thing is that Horianopoulos was subpoenaed to the trial on the basis of the testimony of one of his subordinates—a certain Hinopoulos who asserted that he knew nothing and that any information he did have came from his chief. Now the former chief was attempting to demonstrate just the opposite. It seems that no one in the Antiterrorist Unit is willing to take public responsibility for their actions.

The trial was adjourned to Wednesday, May 16.