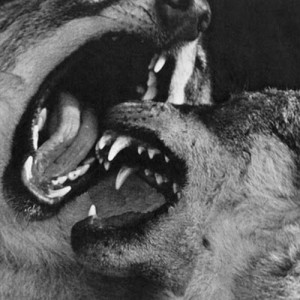 I’m writing these lines concerning the subjects of Solidarity and prison. I hope this can clarify the anarchist perspective as concerns revolutionary solidarity and the difference between solidarity and support, which is anyway necessary. These opinions of mine are open to discussion.

When we talk about solidarity, as insurrectionist anarchists we refer explicitly to actions, which besides giving solidarity to our comrades, attack the interests of the State/Capital and break some values of the system such as compassion and duty. These values lead to analysis and practices that have little to do with solidarity with imprisoned comrades. Solidarity actions, on the contrary, are part of the struggle.
This revolutionary solidarity on which we pose our emphasis is the action claiming the war that our imprisoned comrades are waging on the prison system, and it is aimed to destabilizing the interests of the State/Capital, the main responsible for the existence of prisons.

We know very well that in most cases ‘necessary support’ is very important, and it translates into benefit events, letters to comrades in prison, legal aid, spreading of the words of such comrades and information about their particular cases. What I’m trying to say is that it’s not possible to reduce all solidarity to these matters of support, and at the same time it’s not possible to set up this necessary support on sentimentalism. In this way it’d be confused with the values instilled by the system, just like compassion and even blame. We have to mark our difference with NGOs and other leftist groups that don’t challenge the prison system or the existence of the concept of prison in everyday life. Moreover, our groups of necessary support to prisoners must start form a logic of destruction of prisons and oppose this logic to that of the NGOs, which don’t want to put an end to prisons, on the contrary they only strengthen the status quo with their reformist practices and values, even if they want to make prisons more democratic and less ‘brutal’.

I say this because most ONGs and leftist groups, hypothetically anti-prison, need and defend the existence of the State/Capital, or rather so called ‘prisons of the people’. Many groups of this sort don’t struggle for the destruction of these extermination centres – and in many cases they don’t even take this point into consideration, but they struggle for their reform, which includes the justice of the system. We anarchists must start form a radically different point of view.

Things are being done because they need to be done, for a question of mutual support between affinity individuals, which is the base of anarchist free association. For inside the struggle against the absolute truth that is the existence of the State/Capital[i] it is necessary to attack its derivates, such as prisons at the base of its very functioning. Solidarity actions cannot be done on the basis of a sense of guilt or a sense of responsibility.

But this revolutionary struggle that is carried out in the form of attack and which I want to define in these lines must be without any mediation or dialogue with the oppressors. It must be a given that our dagger aims not at reform or abolition but at the destruction of prison as institution, concept and even social relation. Even when we talk about destroying prison as concept and relation we must widen our perspective and rather talk about destruction of prison, whatever prison that denies

freedom to individuals and animals. I mean that reclusion and deprivation of freedom come also from mental asylums and circuses, and of course form cities, those huge prisons that deprive the natural flux of life. The whole civilization is a huge prison that deserves being destroyed.

Solidarity that manifests itself in the form of action of attack against the powerful and their institutions is the sole active part of the struggle, as local scenarios and anarchist groups of action have demonstrated – in spite of the blows received, in many cases in a direct and bluntly way. Repressive apparatuses are not succeeding in their intent, which is to stop revolt by both stirring fear and diverting our complete attention exclusively to the liberation of our imprisoned comrades, thus making this struggle be viewed as isolated from a more general context. We have demonstrated that revolutionary solidarity towards our prisoners on war consists in the very struggle, in the daily attack on the structures of power. In spite of the blows they can deliver on us, they can’t – and they never did – stop the anarchist action for the total destruction of the system of dominion.

For the total destruction of prisons!

For the freedom of our comrades war prisoners!

For the abolition of private property!

For uncontrollable and constant attack against the State/Capital!

[i] Here I’d like to point out that absolute truth exists, and from this I think unique truths originate and each person experiences them according to his/her conditions. As a matter of fact ‘poverty’ exists as environmental destruction caused by the existence of the State/Capital, or rather by the Techno-system. So I assume – even if I might contradict myself – that it is necessary to repudiate the values conforming with mass society, which is itself responsible for the good functioning of the coercive machinery.

–from culmine
–translated by b. porco dio