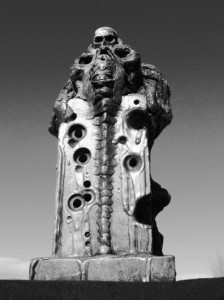 Last night [July 11th] all 6 windows were smashed at a Starbucks and a newspaper box tossed was into the street. This was done in Solidarity with all comrades engaged in the struggle and the o[p]pression from the recent Mayday events and raids. This is the second time in as many weeks its been smashed to shit.

fuck the state.
fuck capital.
its e[a]sy to attack!