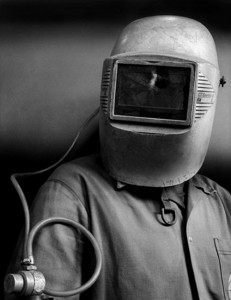 4th of July, at Presnenski district court of Moscow, judge Dmitry Dolgopolov fulfilled request of the police to imprison two of the six anti-fascists, who were remanded in night of second of July, not far from club “Barrikada”. 23 year old Irina Lipskaya and 19 year old Andrey Molchanov, suspected of having committed crimes according to statute of Russian criminal codex 213 part 2 (hooliganism, committed with a group of people).

They will be held in remand prison at least until 2nd of September. According to police, anarchists and anti-fascists attacked guests of a Nazi concert with rubber bullets and flares.

According to arrested themselves, six anti-fascists were travelling by Zvenigorskoye highway in Moscow. They stopped car not so far from club “Barrikada”, in order to smoke. Guests of the fascist concert attacked their car with rubber bullets, damage from which is still visible in car. Anti-fascists jumped to car and attempted to drive away, but were arrested after few seconds by SOBR special forces of the police.

During arrest, they were beaten up, and beatings continued in the police station of Presnenski district. According to arrested, police used psychological pressure to have nationalists to testify against Irina Lipskaya and Andrey Molchanov.

Irina did not even left car at the club. Prosecution attempted to have two others from the six remanded, but as nationalists did not testified against them, they were released. But as they are suspects, most likely they will not be allowed to leave city. Another two arrested were released immediately with travelling restrictions, as they are underage.

We are gathering money for legal costs of the arrested anti-fascists. If you want to participate to fundraising effort, please read instructions at http://wiki.avtonom.org/en/index.php/Donate