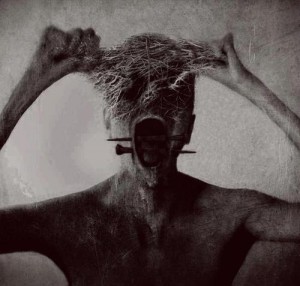 Legislation inherited from the Clinton administration, not to mention the post 9/11 Patriot Acts I and II, allow the military to intervene in judicial and civilian law enforcement activities. In 1996, legislation was passed which allowed the military to intervene in the case of a national emergency. In 1999, Clinton’s Defense Authorization Act (DAA) extended those powers (under the 1996 legislation) by creating an “exception” to the Posse Comitatus Act, which permits the military to be involved in civilian affairs “regardless of whether there is an emergency”. (See ACLU at http://www.aclu.org/NationalSecurity/NationalSecurity.cfm?ID=8683&c=24 )

The issue of a pandemic or public health emergency , however, was not explicitly outlined in the Clinton era legislation.

The Katrina disaster (2005) constitutes a dividing line, a watershed leading de facto to the militarization of emergency relief:

“The disaster that struck New Orleans and the southern Gulf Coast has given rise to the largest military mobilization in modern history on US soil. Nearly 65,000 US military personnel are now deployed in disaster area, transforming the devastated port city into a war zone,” (Bill Van Auken, Wsws.org, September 2005).

Hurricanes Katrina (August 2005) and Rita (September 2005) contributed to justifying the role of the Military in natural disasters. They also contributed to shaping the formulation of presidential directives and subsequent legislation. President Bush called for the Military to become the “lead agency” in disaster relief:

“…..The other question, of course, I asked, was, is there a circumstance in which the Department of Defense becomes the lead agency. Clearly, in the case of a terrorist attack, that would be the case, but is there a natural disaster which — of a certain size that would then enable the Defense Department to become the lead agency in coordinating and leading the response effort. That’s going to be a very important consideration for Congress to think about. (Press Conference, 25 Sept 2005 http://www.globalresearch.ca/index.php?context=viewArticle&code=BUS20050925&articleId=1004 )

The 2005 bird flu crisis followed barely a month after Hurricane Rita. It was presented to the US public as an issue of National Security. Following the 2005 outbreak of avian flu, president Bush confirmed that the military would be actively involved in the case of a pandemic, with the authority to detain large numbers of people:

The policy decisions for a president in dealing with an avian flu outbreak are difficult. …

If we had an outbreak somewhere in the United States, do we not then quarantine that part of the country? And how do you, then, enforce a quarantine?

… One option is the use of a military that’s able to plan and move. So that’s why I put it on the table. I think it’s an important debate for Congress to have.

… But Congress needs to take a look at circumstances that may need to vest the capacity of the president to move beyond that debate. And one such catastrophe or one such challenge could be an avian flu outbreak. (White House Press Conference, 4 October, 2005, emphasis added)

On the day following Bush`s October 4, 2005 Press Conference, a major piece of legislation was introduced in the US Senate. The Pandemic Preparedness and Response Act

While the proposed legislation was never adopted, it nonetheless contributed to building a consensus among key members of the US Senate. The militarization of public health was subsequently embodied in the John Warner Defense Authorization Act of 2007.

New legislation is devised. The terms “epidemic”, and “public health emergency” are explicitly included in a key piece of legislation, signed into law by President Bush in October 2006.

Lost in the midst of hundreds of pages, Public Law 109-364, better known as the “John Warner Defense Authorization Act of 2007” (H.R.5122) includes a specific section on the role of the Military in national emergencies.

Section 1076 of this legislation entitled “Use of the Armed Forces in Major Public Emergencies” allows the President of the United States the deploy the armed forces and the National Guard across the US, to “restore public order and enforce the laws of the United States” in the case of  “a natural disaster, epidemic, or other serious public health emergency”:

SEC. 1076. USE OF THE ARMED FORCES IN MAJOR PUBLIC EMERGENCIES.

(a) Use of the Armed Forces Authorized-

`(a) Use of Armed Forces in Major Public Emergencies- (1) The President may employ the armed forces, including the National Guard in Federal service, to—

`(A) restore public order and enforce the laws of the United States when, as a result of a natural disaster, epidemic, or other serious public health emergency, terrorist attack or incident, or other condition in any State or possession of the United States, the President determines that—

`(i) domestic violence has occurred to such an extent that the constituted authorities of the State or possession are incapable of maintaining public order; and

`(ii) such violence results in a condition described in paragraph (2); or

`(2) A condition described in this paragraph is a condition that—

`(B) opposes or obstructs the execution of the laws of the United States or impedes the course of justice under those laws.

`(3) In any situation covered by paragraph (1)(B), the State shall be considered to have denied the equal protection of the laws secured by the Constitution.

`(b) Notice to Congress- The President shall notify Congress of the determination to exercise the authority in subsection (a)(1)(A) as soon as practicable after the determination and every 14 days thereafter during the duration of the exercise of that authority.’ (See ext of HR5122  http://thomas.loc.gov/cgi-bin/query/F?c109:6:./temp/~c109bW9vKy:e939907: http://www.govtrack.us/congress/bill.xpd?bill=h109-5122&tab=summary

These far-reaching provisions allow the Armed Forces to override the authority of civilian federal, state and local governments involved in disaster relief and public health. It also grants the Military a mandate in civilian police functions. Namely the legislation implies the militarization of law enforcement in the case of a national emergency.

NSPD 51 /HSPD 20 is a combined National Security Directive emanating from the White House and Homeland Security. While it is formulated in relation to the domestic “war on terrorism”, it also includes provisions which allow for Martial Law in case of a natural disaster including a flu pandemic.

The thrust and emphasis of NSPD 51, however, is different from that of Section 1076 of HR 5122. It defines the functions of the Department of Homeland Security in the case of a national emergency and its relationship to the White House and the Military. It also provides the President with sweeping powers to declare a national emergency, without Congressional approval.

The directive establishes procedures for “Continuity of Government” (COG) in the case of a “Catastrophic Emergency”. The latter is defined in NSPD 51/HSPD 20 (henceforth referred to as NSPD 51), as “any incident, regardless of location, that results in extraordinary levels of mass casualties, damage, or disruption severely affecting the U.S. population, infrastructure, environment, economy, or government functions.”

“Continuity of Government,” or “COG,” is defined in NSPD 51 as “a coordinated effort within the Federal Government’s executive branch to ensure that National Essential Functions continue to be performed during a Catastrophic Emergency.”

This Combined Directive NSPD /51 HSPD 20 grants unprecedented powers to the Presidency and the Department of Homeland Security, overriding the foundations of Constitutional government. NSPD 51 allows the sitting president to declare a “national emergency” without Congressional approval  The adoption of NSPD 51 would lead to the de facto closing down of the Legislature and the militarization of justice and law enforcement.

NSPD 51 grants extraordinary Police State powers to the White House and Homeland Security (DHS), in the event of  a “Catastrophic Emergency”.

A flu pandemic or public health emergency is part of the terms of reference of NSPD 51. “Catastrophic Emergency” is broadly defined in NSPD 51 as “any incident, regardless of location, that results in extraordinary levels of mass casualties, damage, or disruption severely affecting the U.S. population, infrastructure, environment, economy, or government functions”.

The directive acknowledges the overriding power of the military in the case of a national emergency: The presidential directive “Shall not be construed to impair or otherwise affect… the authority of the Secretary of Defense over the Department of Defense, including the chain of command for military forces from the President, to the Secretary of Defense, to the commander of military forces, or military command and control procedures”.

Since their enactment two years ago, neither the John Warner Defense Authorization Act nor NSPD 51 have been the object of media debate or discussion.

NSPD 51 and/or the John Warner H.R.5122 could be invoked at short notice following the declaration of a national health emergency and a nationwide forced vaccination program. The hidden agenda consists in using the threat of a pandemic and/or the plight of a natural disaster as a pretext to establish military rule, under the facade of a “functioning democracy”.

Find the full text of this mateial on www.globalresearch.ca/index.php?context=va&aid=14543