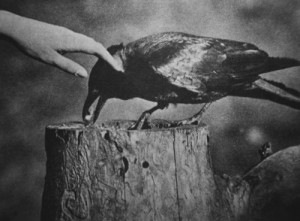 The image of wilderness vs. Wildness

(Author’s note: The frequent use of quotation marks in this essay is to reinforce the idea that nature and wilderness are concepts, not actual beings.)

Nature has not always existed. It is not found in the depths of the forest, in the heart of the cougar or in the songs of the pygmies; it is found in the philosophies and image constructions of civilized human beings. Seemingly contradictory strands are woven together creating nature as an ideological construct that serves to domesticate us, to suppress and channel our expressions of wildness.

Civilization is monolithic and the civilized way of conceiving everything that is observed is also monolithic. When confronted with the myriad of beings all around, the civilized mind needs to categorize in order to feel that it is understanding (though, in fact, all it is understanding is how to make things useful to civilization). Nature is one of the most essential of civilized categories, one of the most useful in containing the wildness of human individuals and enforcing their self-identification as civilized, social beings.

Probably the earliest conception of nature was something similar to that found in the old testament of the Bible: the evil wilderness, a place of desolation inhabited by ferocious and poisonous beasts, malicious demons and the mad. This conception served a purpose especially important to early civilizations. It induced fear of what was wild, keeping most people in the city walls and giving those who did go out to explore a defensive posture, an attitude that they were in enemy territory. This concept, in this way, helped create the dichotomy between “human” and “nature” that keeps individuals from living wildly, that is, in terms of their desires.

But a totally negative conception of nature was bound to reach its limits of usefulness since it made civilization into an enclosed and besieged fortress, and to survive civilization has to expand, to be able to exploit more and more. “Nature” became a basket of resources for civilization, a “mother” to nurture “humanity” and its civilization. It was beautiful, worthy of worship, contemplation, study…and exploitation. It was not evil…but it was chaotic, capricious and unreliable. Fortunately for civilization, “human nature” had evolved, rational and needing to order things, to bring them under control. Wild places were necessary so that people could study and contemplate “nature” in its untouched state, but precisely so that civilized human beings could come to understand and control “natural” processes in order to use them to expand civilization. So the “evil wilderness” is overshadowed by a “nature” or “wilderness” that has positive value for civilization.

The concept of nature creates systems of social value and morality. Because of the apparently contradictory strands that have gone into the development of “nature,” these systems also may appear contradictory; but they all achieve the same end: our domestication. Those who tell us to “act civilized” and those who tell us to “act natural” are really telling us the same thing: “Live in accordance with external values, not in accordance with your desires.” The morality of naturalness has been no less vicious than any other morality. People have been imprisoned, tortured and even killed for committing “unnatural acts”- and still are. “Nature,” too, is an ugly and demanding god.

From its beginnings, nature has been an image created by authority to reinforce its power. It is no surprise that in modern society, where image dominates reality and often seems to create it, “nature” comes into its own as a means of keeping us domesticated. “Nature” shows on TV, Sierra Club calendars, “wilderness” outfitters, “natural” foods and fibers, the “environmental” president and “radical” ecology all conspire to create “nature” and, our “proper” relationship to it. The image evoked retains aspects of the “evil wilderness” of early civilization in a subliminal form. “Nature” shows always include scenes of predation and the directors of these shows have been said to use electric prods in attempts to goad animals into fights. The warnings given to would-be “wilderness” explorers about dangerous animals and plants and the amount of products created by “wilderness” outfitters for dealing with these things is quite excessive from my own experiences wandering in wild places. We are given the image of life outside of civilization as a struggle for survival.

But the society of the spectacle needs the “evil wilderness” to be subliminal in order to use it efficiently. The dominant image of “nature” is that it is a resource and a thing of beauty to be contemplated and studied. “Wilderness” is a place to which we can retreat for a short time, if properly outfitted, to escape from the humdrum of daily life, to relax and meditate or to find excitement and adventure. And, of course, “nature” remains the “mother” who supplies our needs, the resource from which civilization creates itself.

In commodity culture, “nature” recuperates the desire for wild adventure, for life free from domestication, by selling us its image. The subliminal concept of the “evil wilderness” gives venturing into the woods a tang of risk that appeals to the adventurous and rebellious. It also reinforces the idea that we don’t really belong there, thus selling us the numerous products deemed necessary for incursions into wild places. The positive concept of nature makes us feel that we must experience wild places (not realizing that the concepts we’ve had fed into us will create what we experience at least as much as our actual surroundings). In this way, civilization successfully recuperates even those areas it seems not to touch directly, transforming them into “nature,” into “wilderness,” into aspects of the spectacle which keep us domesticated.

“Nature” domesticates because it transforms wildness into a monolithic entity, a huge realm separate from civilization. Expressions of wildness in the midst of civilization are labelled as immaturity, madness, delinquency, crime or immorality, allowing them to be dismissed, locked away, censured or punished while still maintaining that what is “natural” is good. When “wildness” becomes a realm outside of us rather than an expression of our own individual free-spiritedness, then there can be experts in “wildness” who will teach us the “correct” ways of “connecting” with it. On the west coast, there are all sorts of spiritual teachers making a mint selling a “wildness” to yuppies which in no way threatens their corporate dreams, their Porsches or their condos. “Wilderness” is a very profitable industry these days.

Ecologists- even “radical” ecologists- play right into this. Rather than trying to go wild and destroy civilization with the energy of their unchained desires, they try to “save wilderness.” In practice, this means begging or trying to manipulate the authorities into stopping the more harmful activities of certain industries and turning pockets of relatively undamaged woods, deserts and mountains into protected “Wilderness Areas.” This only reinforces the concept of wildness as a monolithic entity, “wilderness” or “nature,” and the commodification inherent in this concept. The very basis of the concept of a “Wilderness Area” is the separation of “wildness” and “humanity.” So it is no surprise that one of the brands of “radical” ecological ideology has created the conflict between “biocentrism” and “anthropocentrism” – as though we should be anything other than egocentric.

Even those “radical ecologists” who claim to want to reintegrate people into “nature” are fooling themselves. Their vision of (as one of them put it) a “wild, symbiotic whole” is just the monolithic concept created by civilization worded in a quasi-mystical way. “Wildness” continues to be a monolithic entity for these ecological mystics, a being greater than us, a god to whom we must submit. But submission is domestication. Submission is what keeps civilization going. The name of the ideology which enforces submission matters little – let it be “nature,” let it be the “wild, symbiotic whole.” The result will still be the continuation of domestication.

When wilderness is seen as having nothing to do with any monolithic concept, including “nature” or “wilderness,” when it is seen as the potential free spiritedness in individuals that could manifest at any moment, only then does it become a threat to civilization. Any of us could spend years in “the wilderness,” but if we continued to see what surrounded us through the lens of civilization, if we continued to see the myriads of beings monolithically as “nature,” as “wilderness,” as the “wild, symbiotic whole,” we’d still be civilized; we would not be wild. But if, in the midst of the city, we at any moment actively refuse our domestication, refuse to be dominated by the social roles that are forced upon us and instead live in terms of our passions, desires and whims, if we become the unique and unpredictable beings that lie hidden beneath the roles, we are, for that moment, wild. Playing fiercely among the ruins of a decaying civilization (but don’t be fooled, even in decay it is a dangerous enemy and capable of staggering on for a long time), we can do our damnedest to bring it tumbling down. And free-spirited rebels will reject the survivalism of ecology as just another attempt by civilization to suppress free life, and will strive to live the chaotic, ever-changing dance of freely relating, unique individuals in opposition both to civilization and to civilization’s attempt to contain wild, free-spirited living: “Nature