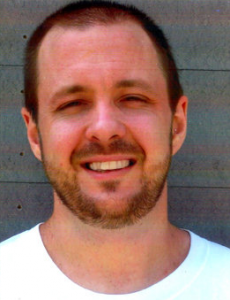 Folks from NYC Anarchist Black Cross have heard from Daniel McGowan regarding the every-other-week collection of updates and announcements we compile. These updates are typically about U.S. held political prisoners and prisoners of war and add up to 25-35 pages each time. They are available online and are also sent by our collective to nearly a dozen prisoners.

Daniel has received about thirty of these compilations, rarely having them denied. Until recently, that is.

Daniel tells us that he got another mail rejection dated July 10th, most likely related to the July 3rd set of updates. It is obvious that they are quickly rejecting any/all mailings from NYC ABC at this point, as it only took 2 days to reject. This is the fifth rejection in a row. Daniel spoke to the warden about this on July 10th and gave him a pages long detailed “cop out”– a regularly used standardized form filled out by prisoners to make a written, formal request to a prison staff member. To Daniel, it seems they are rejecting things without the warden’s review and that is against policy. Daniel filed a BP-8, or cop out, about the latest rejection, too.

NYC ABC will appeal the rejections, though we don’t expect much as we’re dealing with the state on its terms, under its rules.

This is one example of the seemingly small, but persistent ways by which the strategy to keep prisoners disconnected from their communities is carried out.

Show Support for Daniel McGowan and all political prisoners and prisoners of war.