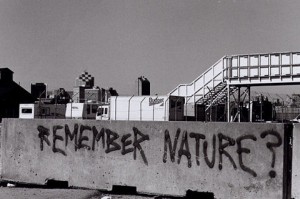 Recently, 3000 victims of the mud volcano created by the Lapindo company’s drilling operations, whose homes were in the affected area, once again demonstrated their feelings outside the East Java Governor’s office in Surabaya. They were asking the provincial government to lend money to PT Minarak Lapindo Jaya so the company would be able to pay the compensation money it owed. The demonstrators came from places inside the designated affected zone, for example Renokenongo, Siring, Jatirejo and Glagah Arum villages in Porong district, and Kedungbendo and Ketapang in Tanggulangin District.

The people were demonstrating because they felt the government’s actions had been discriminative. People living outside the designated affected area had already been awarded compensation, but they had not. That’s why they were urging Governor Soekarwo to agree to loan PT Minarak Lapindo Jaya (MLJ) 600 billion Rupiah.

Disturbances broke out during the demonstration. Furious that Soekarwo would not meet with them, they pulled at the barbed wire fence and bombarded the police with sandals, sticks and stones. The police then broke up the demonstration by firing a water cannon and tear gas towards the mudflow victims.
Andi Darussalam, theVice-President of PT MLJ, admitted that MLJ still owed people from inside the designated affected area 1.023 trillion rupiah. The company would not be able to finalise all payments before the end of December 2012. As of May 2012, the people were still choosing to resist by occupying point 25 of the levee holding back the mud until their demands were met. They are not only demanding compensation, but also asking MLJ to provide land certificates as compensation for people whose houses were flattened by the encroaching volcanic mud.

Six years have passed, but we have still not forgotten how much the people of Porong, Sidoarjo have suffered. The worst is that the hot mudflow was originally described by the government as a natural disaster. Meaning that compensation money was taken time and time again from the public purse coming from people’s taxes. Thus PT MLJ could relax a little and breathe more easily; the company knew it wouldn’t be left alone to look after the people’s losses that were actually its responsibility.

The Lapindo mudflow is a clear example of how companies and the state mistreat the people. And even now the fact of the matter is that six years have passed and the compensation problem has still not been resolved. Actually the area affected by the mud is still increasing. The latest news is that the levees holding back the mud are in danger of being breached because water is leaking in the reservoir containing the mud.

PT Minarak Lapindo’s drilling activities have already meant that thousands of people have lost their homes, their shelter. Others must always be ready to become refugees in their own communities.

Amidst this suffering, Aburizal Bakrie, the head of the Bakrie Group that owns the Lapindo companies, has given his rather foolhardy opinion. He says that compensation has already been evenly shared out evenly amongst the mudflow victims. Even more naively, in the same report, Aburizal Bakrie, the General Chair of the Golkar Party seemed to suggest that this compensation was enough to make the people of Porong into Rupiah-billionnares (1 billion Rupiahs = US$110,000)

The people do not expect pity, they are fighting for the right to obtain shelter and a place to live, which has been destroyed by corporate greed to scoop up further wealth. They have no other option than sabotage!