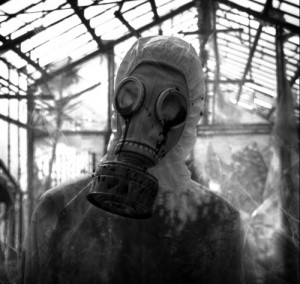 n New Orleans, just outside the French Quarter, there’s a bit of stenciled graffiti on a fence that reads: “Men Rape.” I used to pass by this nearly every day. The first time I saw this, it pissed me off because I knew the graffitist would define me as a ‘man’ and I have never desired to rape anyone. Nor have any of my bepenised friends.

But, as I encounter this spray-painted dogma every day, the reasons for my anger changed. I recognized this dogma as a litany for the feminist version of the ideology of victimization- an ideology which promotes fear, individual weakness (and subsequently dependence on ideologically based support groups and paternalistic protection from the authorities) and a blindness to all realities and interpretations of experience that do not conform to one’s view of oneself as a victim.

I don’t deny that there is some reality behind the ideology of victimization. No ideology could work if it had no basis whatsoever in reality. As Bob Black has said, “We are all adult children of parents.” We have all spent our entire lives in a society which is based on the repression and exploitation of our desires, our passions, and our individuality, but it is surely absurd to embrace defeat by defining ourselves in terms of our victimization.

As a means of social control, social institutions reinforce the feeling of victimization in each of us while focusing these feelings in directions that reinforce dependence on social institutions. The media bombards us with tales of crime, political and corporate corruption, racial and gender strife, scarcity and war. While these tales often have a basis in reality, they are presented quite clearly to reinforce fear. But many of us doubt the media, and so are served up a whole slew of ‘radical’ ideologies–all containing a grain of real perception, but all blind to whatever does not fit into their ideological structure. Each one of these ideologies reinforces the ideology of victimization and focuses the energy of individuals away from an examination of society in its totality and of their role in reproducing it. Both the media and all versions of ideological radicalism reinforce the idea that we are victimized by that which is ‘outside’, by the Other, and that social structures–the family, the cops, the law, therapy and support groups, education, ‘radical’ organizations or anything else that can reinforce a sense of dependence–are there to protect us. If society did not produce these mechanisms- including the structures of false, ideological, partial opposition- to protect itself, we might just examine society in its totality and come to recognize its dependence upon our activity to reproduce it. Then, every chance we get, we might refuse our roles as dependent/victim of society. But the emotions, attitudes, and modes of thought evoked by the ideology of victimization make such a reversal of perspective very difficult.

In accepting the ideology of victimization in any form, we choose to live in fear. The person who painted the “Men Rape” graffiti was most likely a feminist, a woman who saw her act as a radical defiance of patriarchal oppression. But such proclamations, in fact, merely add to a climate of fear that already exists. Instead of giving women, as individuals a feeling of strength, it reinforces the idea that women are essentially victims, and women who read this graffiti, even if they consciously reject the dogma behind it, probably walk the streets more fearfully. The ideology of victimization that permeates so much feminist discourse can also be found in some form in gay liberation, racial/national liberation, class war and damn near every other ‘radical’ ideology. Fear of an actual, immediate, readily identified threat to an individual can motivate intelligent action to eradicate the threat, but the fear created by the ideology of victimization is a fear of forces both too large and too abstract for the individual to deal with. It ends up becoming a climate of fear, suspicion and paranoia which makes the mediations which are the network of social control seem necessary and even good.

It is this seemingly overwhelming climate of fear that creates the sense of weakness, the sense of essential victimhood, in individuals. While it is true that various ideological “liberationists” often bluster with militant rage, it rarely gets beyond to that point of really threatening anything. Instead, they ‘demand’ (read “militantly beg”) that those they define as their oppressors grant them their ‘liberation’. An example of this occurred at the 1989 “Without Borders” anarchist gathering in San Francisco. There is no question that at most workshops I went to, men tended to talk more than women. But no one was stopping women from speaking, and I didn’t notice any lack of respect being show for women who did speak. Yet, at the public microphone in the courtyard of the building where the gathering was held, a speech was made in which it proclaimed that ‘men’ were dominating the discussions and keeping ‘women’ from speaking. The orator ‘demanded’ (again, read “militantly begged”) that men make sure that they gave women space to speak. In other words, to grant the ‘rights’ of the oppressed–an attitude which, by implication, accepts the role of man as oppressor and woman as victim. There were workshops where certain individuals did dominate the discussions, but a person who is acting from the strength of their individuality will deal with such a situation by immediately confronting it as it occurs and will deal with the people involved as individuals. The need to put such situations into an ideological context and to rent the individuals involved as social roles, turning the real, immediate experience into abstract categories is a sign that one has chosen to be weak, to be a victim. And embracing weakness puts one in the absurd position of having to beg one’s oppressor to grant one’s liberation–guaranteeing that one will never be free to be anything but a victim.

Like all ideologies, the varieties of the ideology of victimization are forms of fake consciousness. Accepting the social role of victim–in whatever one of its many forms–is choosing to not even create one’s life for oneself or to explore one’s real relationships to the social structures. All of the partial liberation movements–feminism, gay liberation, racial liberation, workers movements and so on–define individuals in terms of their social roles. Because of this, these movements not only do not include a reversal of perspectives which breaks down social roles and allows individuals to create a praxis built on their own passions and desires; they actually work against such a reversal of perspective. The ‘liberation’ of a social role to which the individual remains subject. But the essence of these social roles within the framework of these ‘liberation’ ideologies is victimhood. So the litanies of wrongs suffered must be sung over and over to guarantee the ‘victims’ never forget that is what they are. These ‘radical’ liberation movements help to guarantee that the climate of fear never disappears, and that individuals continue to see themselves weak and to see their strength as lying in the social roles which are, in fact, the source of their victimization. In this way, these movements and ideologies act to prevent the possibility of a potent revolt against all authority and all social roles.

True revolt is never safe. Those who choose to define themselves in terms of their role as a victim do not dare to try total revolt, because it would threaten the safety of their roles. But, as Nietzsche said: “The secret of the greatest fruitfulness and the greatest enjoyment of existence is to live dangerously!” Only a conscious rejection of the ideology of victimization, a refusal to live in fear and weakness, and an acceptance of the strength of our own passions and desires, of ourselves as individuals who are greater than, and so capable of living beyond, all social roles, can provide a basis for total rebellion against society. Such a rebellion is certainly fueled, in part, by rage, but not the strident, resentful, frustrated rage of the victim which motivates feminists, racial liberationists, gay liberationists and the like to ‘demand’ their ‘rights’ from the authorities. Rather it is the rage of our desires unchained, the return of the repressed in full force and undisguised. But more essentially, total revolt is fueled by a spirit of free play and of joy in adventure–by a desire to explore every possibility for intense life which society tries to deny us. For all of us who want to live fully and without constraint, the time is past when we can tolerate living like shy mice inside the walls. Every form of the ideology of victimization moves us to live as shy mice. Instead, let’s be crazed & laughing monsters, joyfully tearing down the walls of society and creating lives of wonder and amazement for ourselves.