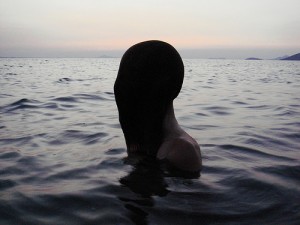 “This is war, not a game of cards”. Militant enthuses: “They got the guns out in Greece. It was great”. Institutions and “peace-loving” reformers targeted

PERUGIA – “Struggle above all else, that’s what’s missing in Italy”, says one of the new millennium’s individualist anarchists. The one afraid of missing a fleeting opportunity while waiting for the right moment. “When is the right moment? When do we grasp the fucking moment? It’s like the communists… wait for the perspective of revolution! What perspective? The perspective of revolution is now! It’s right now! I can step outside and I’ve got all the targets I want!… Do you know how many targets I’ve got if I just nip out? There’s no point in waiting for something to fall into your lap. It won’t. You’re the one that’s got to make it happen”.

A few snatches of conversation like these, intercepted by Carabinieri from the ROS special operations group, are enough to reveal the mindset of the new rebels accused of terrorism and subversion. The phrases came from the lips of Alessandro Settepani, 27, arrested and released in 2009-2010, currently facing further bombing charges and rearrested yesterday. They reveal the various takes on militancy in the revolutionary universe. The course of justice will decide whether they are sufficient to endorse the serious charges brought by the Perugia public prosecutor’s office but they do throw light on a world where violence and armed action are still very much on the table, long after the infamous “Years of Lead”.

Settepani says that when he was in jail with a comrade, also rearrested yesterday, “we preferred people to do something else instead of wasting energy on demonstrations. Use your strength to attack, not come and shout ‘Free Them’ for us… When I was inside and people on the outside continued to mount attacks, I mean, I was chuffed to mint balls! I could have done ten years, no sweat!… This isn’t a game of cards in a bar. It’s a war!”

This is the thinking of the new millennium anarchist who on release went straight back to militant extremism. Almost openly, as emerges from the phone taps, electronic eavesdropping and letter interceptions that the correspondents themselves must have imagined were going on. Yet they do not seem to have been particularly bothered. For the revolutionaries, actions speak louder than a thousand theoretical tracts: “For me, any attack is good”, says Settepani, “If you carry one out, if you can do it… you can get to work on a miserable ATM or on Parliament itself… I mean, you can blow up Parliament, or you can deface it, for instance… it’s still an attack. The main thing is that the action should be direct! … But attacks should be widespread and should not just focus on a specific sector”.

A little later, Settepani comments on an attack in Greece reported on internet: “These guys didn’t give up and turn themselves in… they got the guns out… and started shooting… It was great because in the end… young guys… oh, twenty-one, twenty-four… Just think how great… the commitment… the fucking integrity! Just hearing that these things are going on!”

Not that the new violence-optional activists yearn for the old days of 1970s-style armed struggle, particularly not if it is Marxist-Leninist-inspired. All that is kept at arm’s length, which is what Olga Ekonomidou did in a letter to one of those detained yesterday. Ms Ekonomidou is the Conspiracy of the Cells of Fire militant, now being held in her native Greece, who gave her name to the Cell of Fire that claimed responsibility for last month’s attack on Ansaldo Nucleare CEO Roberto Adinolfi. In her letter, which was seized during a search, Ms Ekonomidou writes: “When we of Conspiracy say armed struggle, we do not mean armed vanguard or armed party, as the Red Brigades and other communist organisations did. We use armed struggle to defeat the reformism of certain lukewarm anarchists who reject direct action and opt for peaceful action”. For that reason, she explains, “we propose calling it direct action, not armed struggle”.

In its claim of responsibility for last December’s parcel bombs, the “Free Eat e Billy” cell of FAI/FRI (informal anarchist federation/international revolutionary front) warned: “We have no need for action specialists. Anyone can take up arms”. However a few months earlier, Spanish detainee Gabriel Pombo da Silva said on the phone from his German jail to an Italian comrade: “I’ve nothing against specialising – bank robbers, bomb makers and so on – right? But it means us working together, the various groups moving in a concrete context”. Last January, he added after the parcel bombs he is accused of sending were dispatched: “We stay in contact and attack… we learn by doing… you know? Always on the move. And then there’s the FAI project to group all these tendencies together in the perspective of armed disturbances”.

The FAI/FRI rebels appear to have two categories of enemy: institutions, their symbols and the representatives of dominance in various forms on one hand; and on the other reformists and those who are happy with non-violent protest. In a letter from the prison cell where he was held in 2009, Settepani wrote: “Prison is a brutal cage, not a hotel. It is a tool which, like all tools that are part of the dominant system, should be eliminated, not improved… The principal objective of this mobilisation is to recover the joy of struggling in international solidarity, not to induce comrades to offer prisoners compassion”.

This is the tail end of a debate that has been going on for several years. It appeared in the Foglio anarchico rivoluzionario [Revolutionary Anarchic Sheet] under the headline of the formula for potassium nitrate, KNO3, identified by Rome-based ROS Carabinieri officers in 2008. The debate continues and perhaps involves other groups and movements, as Settepani again says: “I can be partially represented by a revolutionary communist, partially because if a revolutionary communist kills a pig, I am in partial agreement with him! He did well, partially… but he’s still a shit because he’s got a shitty opinion”.