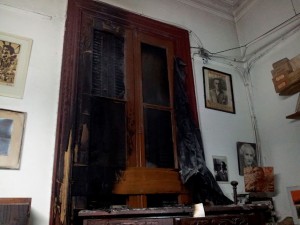 “We will ascend the slope with the strength of our muscles and the light of our thought, along with all those who have a fertile, open and healthy mind and a heart throbbing to any good and loyal action

We are aware of the huge difficulties we have to face, but we are pushed by a secret force, which along with many hopes feeds on anarchy.

And in order to realize our aspiration we increasingly trust the strength and enthusiasm of good willing comrades.”

We must make it possible that if one insists with lies, the latter turn into truth (like the many people who believe in the existence of god, for example). So far we preferred not to enter that impersonal, frivolous and speculative world that internet emphasizes. We don’t want to be part of a cybernetic/media game, nor do we want to accuse or slander.

But considering the circumstances and following the advice of nearby comrades and the needs of other comrades who are geographically more afar, we give a sum-up of the latest events of the Casa Anarquista, calle Brasil 1551, Buenos Aires.

Let’s start from last autumn, when we received the visit of new comrades. We’ve been receiving the visit of comrades from different parts of the world, who support the work that is being done in the Casa.

At last the damages on the roof were repaired and leaks were totally eliminated. Furniture was also repaired (more than 30 chairs were recuperated), walls were painted, some abandoned areas of the Casa were refurbished (now we have a tools workshop, for example), glass was put at the windows that didn’t have it.

We are making research in the archive and library for some works and we have also started to work in order to repair and protect valuable material (like using plastic boxes, which are more convenient for conservation, instead of cardboard ones). We are still receiving and filing publications that comrades send from abroad.

Our library is functioning regularly and we are getting texts from friendly publishing houses. We send books to comrades in Córdoba, Montevideo, La Pampa and Neuquén.

We also gave books to comrades and spaces that have stalls for anarchist material.

As for our anarchist library, it has been set in a space well in sight and we have started to restore important books. We also added new interesting titles. Moreover we have started to file books of literature, sociology, naturism, etc, as we want to set a general library that can be useful to the movement and to the neighbourhood.

The editorial group of the bulletin El Guiño has already published two issues, bringing an anarchist perspective to the problems of the neighbourhood.

We are doing seminars on topics such as self-defence, discussions, meetings, etc. Soon we are going to organize various activities such as social cinema, days of information and solidarity with imprisoned comrades, etc.

We started a campaign for the initiatives of May Day, and handed out hundreds of leaflets and fly posted posters in many areas of the city, where we “invite to reaffirm ourselves and exchange ideas to go on in the struggle for anarchy” for an initiative that was planned for Saturday May 19.

In the night of Thursday May 17 we saw the fire advancing towards our library a few metres from documents and collections of very precious books for our movement. All this happened while a group of people was attacking the Casa de los anarquistas.

It was around 2am when three incendiary devices with timer were placed outside two windows and the door.

We were ready and we managed to extinguish the fire immediately. The flames were several metres high and the smoke rapidly spread in the library. Only thanks to the comrades the fire didn’t enter the house. Some glasses were shattered to pieces and furniture was damaged, but no one of us was wounded.

Nothing more surprises us in this world of misery. We know that it is not a house, a space that is under attack but rather anarchist ideas that are being put into practice.

Maybe they wanted us to give up the activities we are carrying out. It is even too clear that these people don’t know us at all. Our activities will continue, and we are going to defend our house and ideas with our bodies and desire for a new world.

On the following day, May 18, two comrades (a boy and a girl) who hadn’t slept due to the big work we put in tiding up, cleaning and repairing the damages, bumped into a person who joked about the arson and said things like “it should happen every day”, and also joked about the fact that some comrade could have died. At that point the comrade girl reacted by punching this person until officers in plain clothes intervened and showed their badge. For this reason, the two comrades rapidly quit. Later on this same person walked by in front of our house and continued to provoke. So he was insulted. We firmly repudiate the defamation of this kind of people, who tell ‘lies’ as their main instrument of speech.

None of the comrades contemplated the idea to suspend the initiative of May 19. It was carried out and many people joined. There was the documentary prepared by the comrades about the importance of the continuity of the revolutionary ideas from May Day 1886 up to our time. Four simultaneous groups of discussions were created, which attentively talked about “effectiveness of anarchist propaganda”, “our opposition to the current society”, “instruments and means” and “different forms of organization of the struggle”. We established bonds with new comrades and others who had gone away from the house.

We will give continuity to the struggle and share the anxiety of the many comrades who demonstrated their interest. While the initiative was being carried out, two cars of the federal police arrived. They didn’t bother us but it is significant that they came in response to a REPORT for “alleged noise nuisance” and for “suspected people” entering a school (?)

Since we set the house for the anarchist practice and the anarchist movement, we’ve been longing for activities and militancy, trying to strengthen concrete goals and revolutionary/brotherhood relations with our means and ends.

Our work is highly demanding: we seek free practice, mutual support, solidarity, direct action, cooperation and constant struggle against the authority and its social system, which maintains the status quo of exploitation, consumerism and misery. The strength of our ideas and the endless struggle against the State/Capital unite us. This is the reason why we live in the house of calle Brasil 1551.

Our activities are and will be for all the comrades.

We repeat that we want to organize and take back the greatest strength on a qualitative and quantitative level. It is not just about putting people together, but of making the revolutionary anarchist work effective.

We carry on, comrades, as we know each other in our common goals, shared love and growing passion, and we strengthen the ties of anarchy without hurry but without stopping.

We are direct action.

In support and solidarity.

Creating and not possessing.

Let’s try anarchy at Brasil 1551, in the streets and wherever we are. 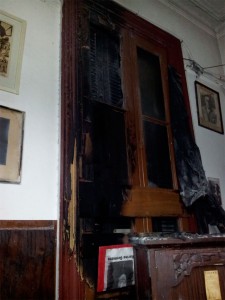 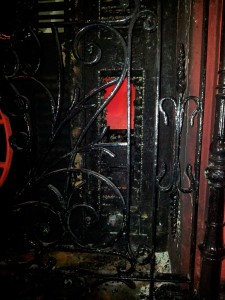 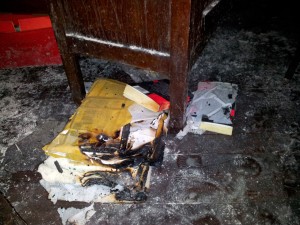 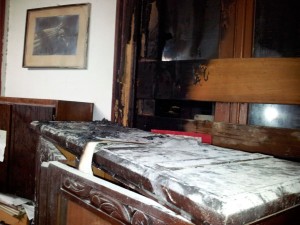 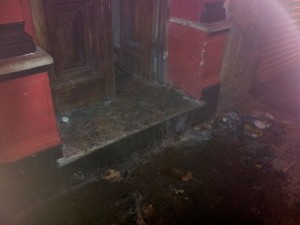 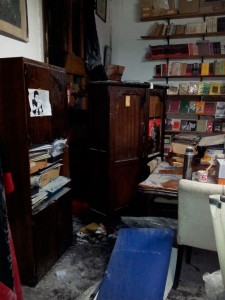